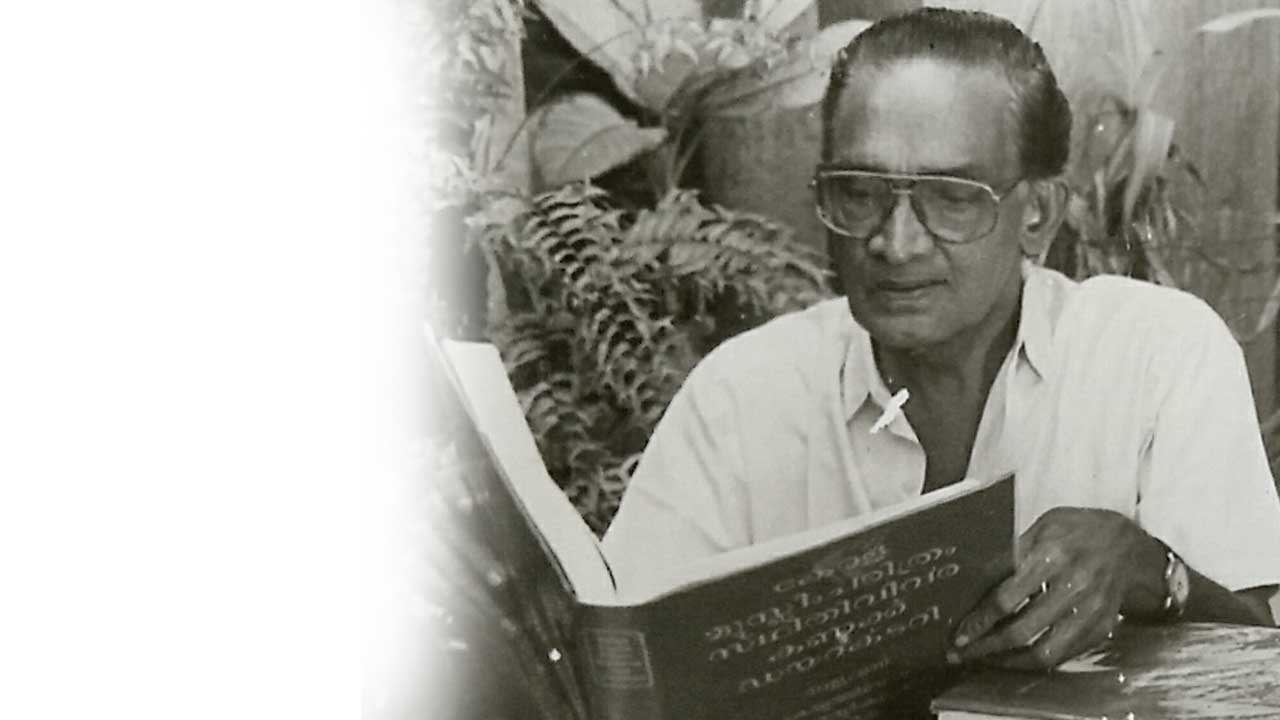 Dr CK Kareem used to work more than sixteen hours a day when he was engaged in composing and publishing a book. Printing and publishing never used to be so easy a matter as it is now. It was a common sight for passerby to see Dr Kareem sitting in the portico of his house holding a pen in his right hand and a filter-less cigarette in his left along with a glass of strong tea waiting to get cold. It is said that people used to place bets saying that the next time, he would take his pen to the lips and write in the open book in front of him with the cigarette. When any of his children mentioned anything like this to him, he would just smile baring his beautifully set teeth stained by the abuse of tobacco and tea for decades. People from different parts of the world visited Dr Kareem and returned enlightened and gleefully.  When asked about the one lesson that he had learned from life, he philosophised: “Try to be of use to others; but never expect any gratitude from anyone.” He was a philanthropist and more of a philosopher than a historian. Since he had a wife and children, he could not afford to be a philosopher. And, moreover it is a common knowledge that philosophers seldom marry. The enigmas he found in the books on the history of India were intriguing and more luring. He successfully tried to unravel the truth behind at least a few of the myths in the recorded history of Kerala and India.